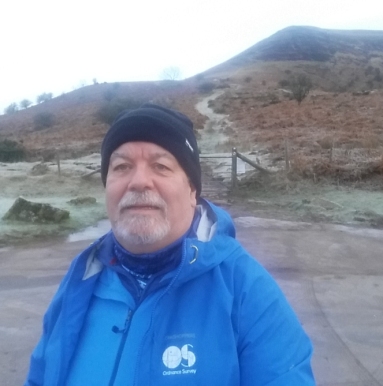 It was time to start working my way through the winter bonus summits of South Wales again as it has been some time since I was through this way.  Today was three straight forward hills at the eastern end of the Brecon’s whilst carrying out a gear review for a new Windproof Buff.

I have covered these hills before in previous blogs so will not dwell on the straight forward routes taken for all three.  Arriving at the joint parking area for Mynydd’s Troed & Llangorse the weather was calm with an air temperature of minus 1C.  Taking the direct route up Troed took about 40 minutes and by the time I had reached the summit the wind had picked up and the chill factor dropped to about minus 4C.  Setting up for 2-fm I quickly had 3 stations in the log and then a struggle to get a further contact until I ‘hijacked’ a net and got 3 quick reports to qualify the summit.  dispensing with HF I descended via the same direct route and took a break for coffee at the car.

Suitably refreshed I headed off up Mynydd Llangorse until comfortably inside the activation zone.  I had operated from the trig point last time so saved time by avoiding the long walk along the ridge.  This time, due to the lower summit, I went straight to 7-cw and had 6 european stations in the log before silence fell on the band.  A brisk descent allowed my time for a quick coffee and sausage sandwich at the Llangorse Riding Centre (highly recommended) before heading off to Tor y Foel.

Like Mynydd Llangorse, this is an easy hill – just follow the track and 30 minutes later you are sat on the summit.  Setting up for 7-cw I quickly had 9 stations in the log with 4 of those coming from the UK.  As I started packing up I noticed the rain had started to fall lightly, so a quick descent was made back to the car and the comfort of my flask of coffee.  I had just reached the car when a group of about 15 walkers stopped for a chat.  Not one of the them was under 60 and they had just walked up from Talybont reservoir and were now flying up Tor y Foel and an incredible rate.  Just proves that age is no obstacle to getting out on the hills. 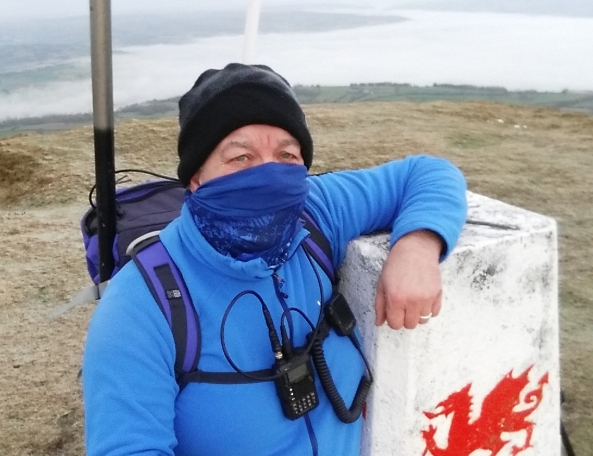 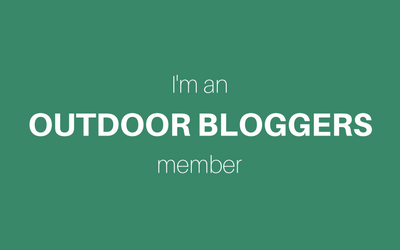